C is for Corporate Carnage

So, the mawkish sentimentality has started, we have four years of pointless hand-wringing, international glad-handing, historical naval-gazing, looking back, looking forward and rewriting to look forward to, along with endless anecdotes and the minutia of 'social history' to face.

I'll get mine out of the way now; my great-uncle Ernest was gassed in WWI, his breath rattled like a miner's but he lived to a ripe-old age. I never got to talk to him about his experiences, I don't know what his opinion of the Germans was (his sister was married to one), and I don't know where he was gassed, but I do know he saw things and experienced things that civilians - especially vacuous, money-grubbing fuckers like David Cameron - can never begin to understand, they just can't - if you live in a developed country and haven't served in the forces, you don't (and will never know) how frightened, cold and wet, hungry, tired or dirty you can be and still manage to function.

Actually I have two anecdotes...the other being a dreaded 'social history' one, and all the more fascinating for having nothing to do with the combat in Western Europe. Uncle Ernest's sister's future husband was being 'evicted' from Nottingham city centre by gangs of stone-throwing miners, who burned his German refugee parent's butchers shop down, more than once! Because, when food is short, burning butchers is the way to go, if the rioters were alive today they would all be voting UKIP!

Later 05/08/2014 - It's even more interesting...Uncle Ernest was one of the German's sons, he served with the Sherwood Foresters and was gassed by his parents old countrymen!...his brother marrying an English girl he met after the Nottingham 'eviction', the parents having set-up a soup kitchen to serve the locals (for free) before their shop was burnt down! AND taken British citizenship as soon as they arrived in the country, something that probably saved them from forced repatriation by a right-wing government! Even if they lost their shop...that's the patriotism scoundrels run to!

Poppy-red - this IS a vaguely political post. There is a third anecdote; I think my grandfather Hall was co-opted from the Merchant Navy into the Indian Navy during the First World War but I'll have to check that one. Later - He was co-opted from the MN to the RN on his 18th Birthday and served with HMS London at Gallipoli (JTSH). The point is, we all have links to the 'Great' war (nothing great about it, unless you were in arms sales!), although a lot of people don't necessarily consider it, realise it or dwell on it.

The problems between Russia and the neighbouring Ukraine and Georgia, in Transnistria, the - hardly mentioned in the media - 'bloody clashes' on the Armenian/Azerbaijan border, the Kurdish question, Cyprus, and all the problems in the Middle East (Israel/Palestine, Lebanon, Syria, Iran, Iraq, Egypt and Libya and in the wings the undemocratic Saudi and Bahrain funding it all with the Americans) are the here-today legacy of the First World War....the "war to end all wars" is still being fought, having already led to to a far more horrific second world conflagration in the 1940's.

Tonight we were invited to switch out our lights at 10 o'clock, why?

The nations street-lights remained lit, so there was no effect noticeable by the crew of the international space station, the last crew of which contained a Japanese crew commander, Russian craft commander and US astronaut. The dead have been worm-food for more than eighty years and couldn't give a stuff if the lights are on or off, indeed a lot of them left houses that didn't have electric light and wouldn't until the 1950's! And the declaration of war was at 11am not 10pm?

It was a combination of grandstanding by the leadership of Europe today, along with the usual mawkish-pap from the tabloids.

Today's leaders being no more than puppets of big-business, who having nearly allowed our civilisation to collapse a few years ago still have few ideas for long-term recovery other that a lurch to the right, an series of attacks on the vulnerable, the drip-drip imposition of draconian police-state practice (water cannon, really? In Britain?), drip-drip privatisation of the NHS, schools, prisons and government science while the welfare state - our (the 'peoples') reward for the sacrifices in both wars - is slowly dismantled. The dead must be turning in their graves. 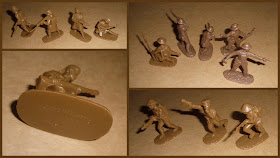 I have been listening to the WWI day-by-day thing on BBC Radio 4, and it seems plain to me that all the nations who went to war this week one-hundred years ago, did so with the best of intentions, or because they felt obliged to, with one notable exception.

Well, no actually, the German Kaiser had tried as hard as everyone else to avoid war, but he had a treaty with Austro-Hungary, and they were the bad boys. They wanted war, they wanted Serbia and they ignored every opportunity to avoid war presented to them by Serbia, Russia and France. And - once they had destroyed three empires (Russian, Ottoman and their own) they gave the world the little Austrian corporal who would lead Europe into a second Armageddon in 1939. they then elected a Nazi (Jorg Haider) to party leader in the '89 coalition while the equally divisive Kurt Waldheim was president. All the while trying to lay the blame for both wars at the feet of the Germans, next-door.

So while our poxy tabloids and equally poxy football supporters continue the risible anti-German thing (which gets thinner with every drubbing they give us), it is actually Austria we need to watch - every time! 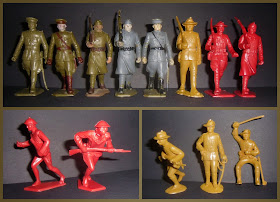 Britain's going poppy-mad! Would say The Sun, if they hadn't already come up with something more childish, or better rhyming...

Four cultural phrases are being massacred like cotton-mill boys in a Flanders trench at the moment; 'Great War' and 'War to End All Wars' I've dealt with above, then we get Samuel Johnson's "Patriotism is the last refuge of a scoundrel" which was supposed to refer to people like Hitler and his henchmen, Jorg Haider and his ilk who did so well in the recent Euro-elections, yeah, even unto Farage with his pint and fag, or the 'Russians' in Ukraine - yet the 'i' newspaper (and by association The Independent?) today seemed to be linking it to the feeling/s in Europe a hundred years ago.

I don't buy it, the patriotism that accompanied the mobilisations then was the genuine love of the people for the men they were sending to a war they all knew was going to be destructive (they had the Boer, Franco-Prussian and American Civil wars in the popular memory, they had some idea what technology was doing to the industrial-death business), even as they all tried to convince themselves it would 'all be over by Christmas'.

The other was today's 'Lights Out' quote from the then British Foreign Secretary - Sir Edward Gray; "The lamps are going out all over Europe, we shall not see them lit again in our life-time", well they weren't, they didn't and indeed would get brighter through the rest of the century, although I think they've dimmed a bit under the post '79 capitalist form of plutocracy/Corporatocracy we now suffer under.

Where the division in wealth is greater than it has been for a hundred years, the politicians are as dumb as those who held a war none of them wanted [except Austro-Hungary] and where the poor, disabled, unemployed and elderly are seeing real hardship in the 6th richest country on Earth while big business pays no or minimal tax, replaces jobs with technology or shifts jobs to the other side of the world faster than the politicians can hide the unemployed/under-employed figures in semantics, moved goal-posts or slave work-schemes and where the labour movement is fighting with itself to re-claim rights and conditions we've fought-for once already.

I'm not offering solutions, I'm not offering an alternative history, I'm just saying; as you listen to all the speeches to be made in the next 4 years (both the WWI 100-year stuff AND the WWII 70-year stuff), realise that it is all going to be a mixture of lost/false/falsified history, false memory, political expediency, mawkish sentimentality (usually mindless/thoughtless), the tabloid's need to sell you tomorrow's cat-litter and the inability of anyone in power to admit that any of it was wrong, or learn from it, while constantly looking for a PR photo-op!

Later - 5/8/14 - As exemplified by today's 'Wreathgate' in which - for future readers - yesterdays wreath-laying in some god-forsaken Belgian backwater has been marred by the accusation that the leader of the opposition somehow failed in his duty to show due respect for the fallen by not writing a personal message on his wreath while David 'Dave' 'Fuckwit' Cameron did write a heartfelt message on his...only for later investigation to reveal that the wreaths from the rest of the bigwigs - Scottish, Welsh and Irish National Assemblies + others - were written in the same handwriting as each other...probably by a junior gopher from the signage crew of the PR team for the organisers, who then handed the wreaths out just before the ceremony.

*None of them usually buy a wreath, or write a personal message, the wreaths are lain-on at the tax payers expense.
*Cameron - in the best traditions of propagandists everywhere - quickly replaced the 'standard' card on his and made sure the Tory press made something of the juxtaposition
* The current leaders of Scotland, Wales, NI and other worthies are too stupid to A) have their own substitution cards ready, or B) Anticipate Cameron's action
* Cameron and his spin doctors (physicians - heal thyselves) are too stupid to realise the wreaths would hand around after the service for other press/activists/seekers of the truth to check back on
* The whole story is a construct or LIE which won't receive the coverage (of the undoing) in tomorrow's papers that it received (as a lie) in today's
* Ergo, the bulk of the readers of today's papers will remember Ed Milliband for being 'a bit wet' and never associate Cameron with being linked to lying, spinning propagandist fuckery!

Here's a parting thought...the Jews fought bravely in the trenches for their country; Germany, we know what happened to them, and now they deliver death and destruction on Gaza as if it was the Warsaw ghetto...they learned nothing, except how to be the paranoid bully.

Later - 5/8/14 - It was actually the 70th anniversary of the Warsaw uprising last week, the reason it seems to have passed with minimum coverage is simply that none of the protagonists at the time want to talk about it right now. The Russians don't want to talk about their disgusting pause, while the Wehrmacht mopped-up (particularly with the ongoing matters referred-to above still in the news). The Germans like to not be reminded of the whole sorry mess for obvious reasons. The Jews certainly don't want the myriad parallels with Gaza (and The West Bank, Jerusalem illegal settlements and 1947) pointed out (occupied, ghettoised, embargoed, resisted - with tunnels, home-made weapons and armed 'terrorists' - and finally; crushed). While the Hosts - the Poles, don't want reminding of their role in staffing Einsatzgruppen, registering, listing and transporting of their Jews and so on (something the French don't like to talk about either!).

Don't commemorate, celebrate or remember...learn.
Hugh Walter at 1:52 AM
Share

Put your bit here and thanks for visiting....Feel free to correct, add something, ask a question, have a dig or blow a metaphorical raspberry!